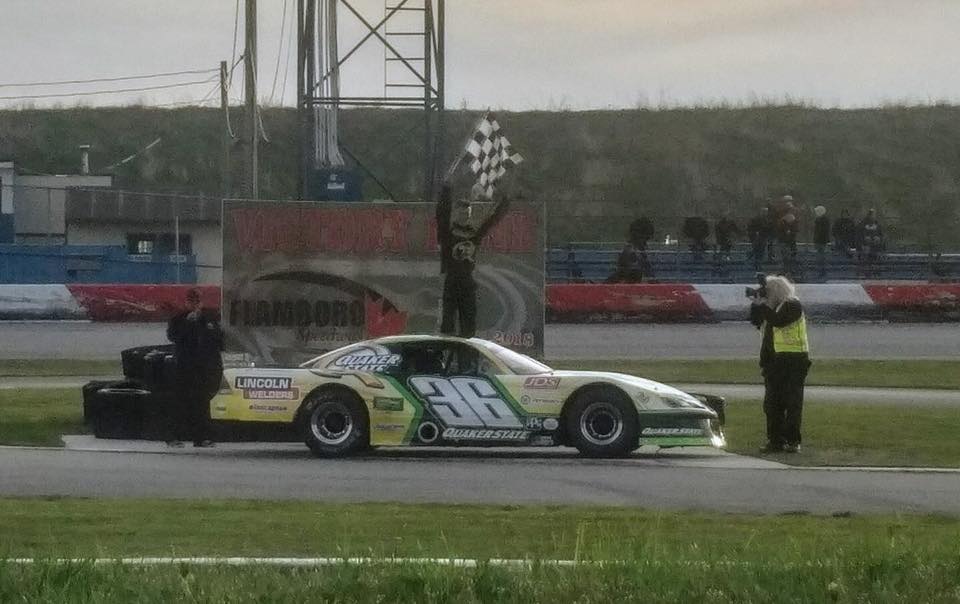 What a night for Gary Elliott Motorsports. After a final check over of the car this past week we were ready to start the 2018 season. My first two race nights were canceled due to weather, giving David the May 12th season opener at Flamboro Speedway.
JR Fitzpatrick was very strong but David stayed close to him all race. During a restart with 8 laps to go David restarted outside and stuck to JR through turns 1 and 2. Something happened to JR’s car and David got the lead, winning by four car lengths. It was an amazing win and was also David’s second feature win in a row at Flamboro, he won the final Pro Late Model feature in 2016……he has set the bar high for me. I start in the OSCAAR Modified series at Sunset Speedway this coming weekend. The next Pro Late Model race is June 9th and I will get behind the wheel…..the full story of this race will be on Diary of A Season 2018 soon…..thanks to Derek Smith of Race Pulse Photography and thank you for visiting our site.