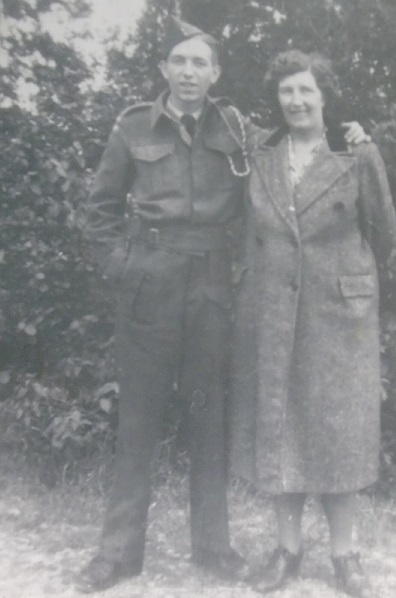 My Dad left his family and his Nova Scotia home, to go to France to fight against the Nazi drive to take over Europe. What really upset Dad was when Hitler suggested they would be heading to Canada after Europe.
Dad was 19. He drove a jeep and a big truck taking supplies to soldiers.
While overseas his Mom (Ally) died.  Losing his Mom while he was so far away hurt him more than anything else. He came home a very hurt and an angry young man.
He would carry hurts from this war for years, and did his best to love and care for his family in spite of all his battles.   Dad became a top welder for the Boiler Makers Union and often fixed my race cars.
God bless you Dad and all those who served in the crazy wars on this planet.