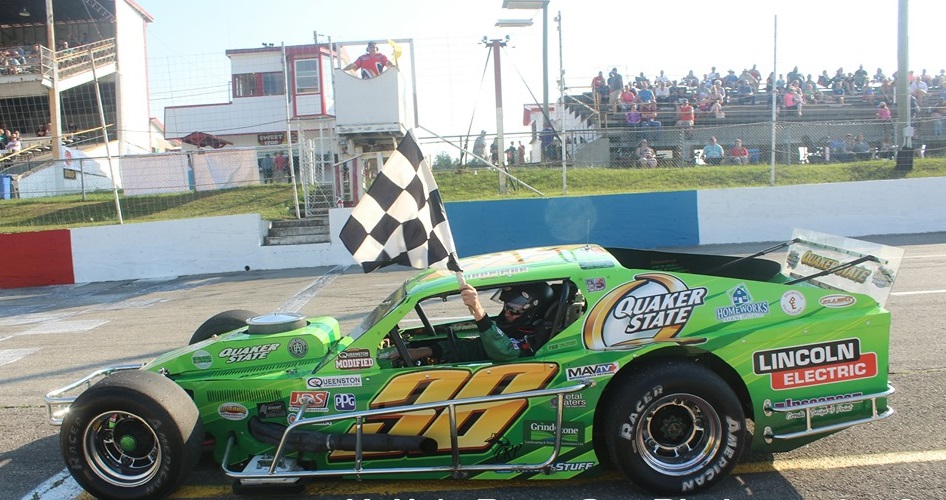 The Rick Woolner Memorial at Full Throttle Motor Speedway was a success but somewhat a disappointment. The success part was due to Rick’s sister Julia, and her husband Jim, working very hard to get as much money as possible for the racers who would come to support the 20th Anniversary of the Rick Woolner Memorial. She raised close to $4000 to go on top of the purse put up by FTMS.
The disappointment was the turn out. I think 16 cars would have been the minimum for me to see, but we should have had 20. Only 1 car from OMRS came and the rest were mostly OSCAAR.
We did pick up a heat win, our first win of 2019 and we were somewhat competitive. A good night for us over all.
The full story will be posted on Diary of a Season 2019 by Tuesday night.
Thanks to Katie MacDonald for this photo
Thanks for visiting our site 🙂