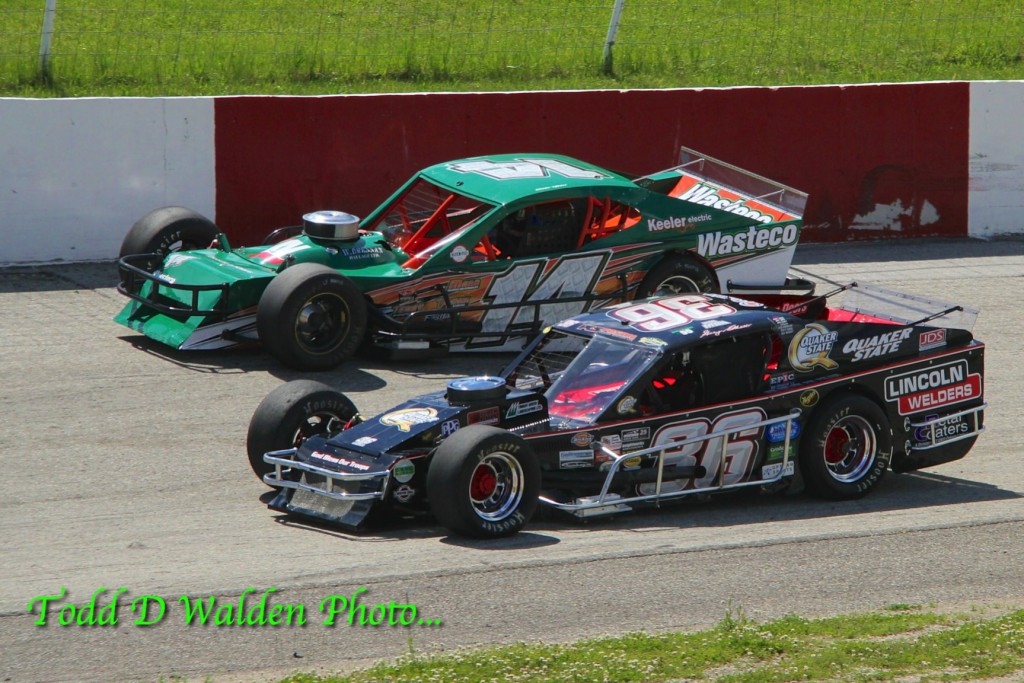 We take great pride in bringing the best looking car we can for the beginning of the season, and keep it that way all year. We do it for our sponsors, and for the fans. When I was just a kid, maybe 5, I always picked the best looking car to win. He didn’t always win, but was still my favorite.
In this picture, it’s clear to see, that we’re not the only ones who take a ton of pride in bringing a good looking machine. Davey Terry #14 and his team always keep their car immaculate as well. The Modifieds have really stepped up their fan appeal with the paint schemes and lettering efforts for 2015, many of them very nice looking cars.
Our team wants to congratulate #14 Davey Terry and his team on winnng the Best Appearing Car for Part 1 of the Rick Woolner Memorial. The fan voting was close between Davey and Gary McLean #8, but the 3 time OSCAAR Champion would have to settle for runner up in the voting……PS…..finishing 2nd in Best Appearing was one thing, but what really hurt, was settling for 3rd in the feature.