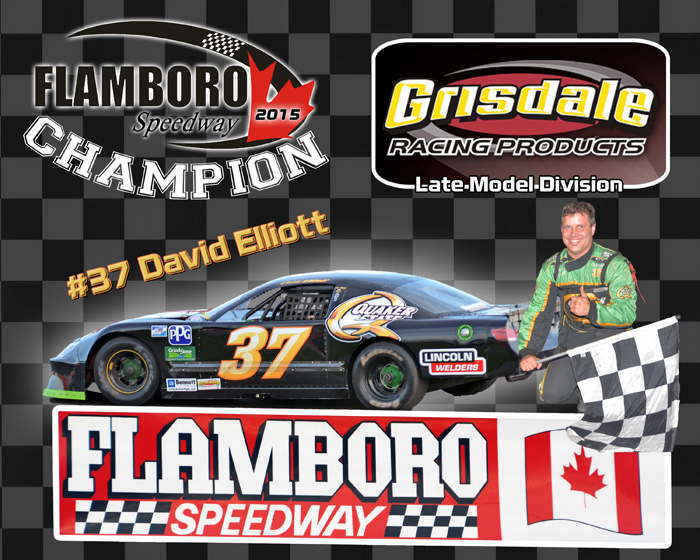 Saturday January 30th Flamboro Speedway held it’s annual banquet at the Legion in Waterdown. It was a night to celebrate and remember for David and his team. They won the title in a very tough a competitive field.
This was David’s 8th title with 4 CVM and now 4 Late Model Championships. He was the first driver in CVM history to win three club titles in a row, 2000, 2001 and 2002.
This coming season we will race our Late Model full time at Flamboro as well as five OSCAAR Modified races.
I am looking forward to racing against all the Late Model stars at Flamboro and for the first time since 2011 with David in a track series.

Note:…..Missing from the banquet was the Flamboro Speedway Late Model Champions Annual trophy, the main award showing all the previous winners. Track Promoter John Casale was very upset the Annual trophy was not returned to him or Frank for the banquet by last years winner. Many attempts were made to have the trophy returned but calls and requests were ignored.
The missing trophy didn’t take away the joy of being the Champion and celebrating that with his family, crew and friends.